Staff of Capocarbonara MPA on field

The fourth project phase aiming at testing the draft protocol realized during the studying and pretesting phase.

The Capocarbonara's staff is testing and checking the new procedures

The Marine Protected Area Capo Carbonara staff, in collaboration with Isole Egadi MPA, is taking on this phase using 2 different observation platforms: by ferry on large scale and by MPA inflatable on local scale.
The monitoring by ferry carried out on board the Ariadne ship of the Compagnia Italiana di Navigazione Tirrenia along the Cagliari-Palermo route, between the Southern Tyrrhenian Sea and the Sardinia Channel. In July, August and September, four observers positioned on the deck carried out 2 different types of monitoring: meanwhile one observer focused on recording data relating to marine litter and macro-fauna (sea turtles in particular), the other three dealt with of the cetaceans monitoring. Every hour a change of position (rotation) of the operators was carried out so that the fatigue did not compromise the observation.
Concerning macro-litter and biota monitoring, the monitored part is defined on the basis of the strip width (it kept at 50 metres) and the length of the transect (km on effort). During the monitoring activity the strip was also divided in half (two strips of 25 meters) to define if there are significant differences in the detection of items that are closer to the boat than those further away.
During the 12 crossings the weather condition, it must be ≤ 2 on the Beaufort scale for marine litter monitoring and ≤ 3 for cetaceans monitoring, were often not good and the MPAs staff could not conduct the monitoring all the time. The data concerning the marine litter highlighted a greater presence of plastic objects (about 90%), represented by bags, polystyrene boxes, beach toys and air bed, etc. About the biotic component, numerous the sightings of the striped dolphin (Stenella coeruleoalba) and of the loggerhead sea turtle (Caretta caretta), while more sporadic but spectacular were the sightings of sperm whale (Physeter macrocephalus), fin whale (Balaenoptera physalus) and Risso’s dolphin (Grampus griseus).
On the other hand, the monitored area on local scale is the Capo Carbonara Marine Protected Area, located at the south-east of Sardinia. The zone is characterized by the presence of the Capo Carbonara promontory, which divides the area in two sectors, eastern and western; the sampling design has been defined on the basis of the two different exposures and the distance from the coast (near and far). The monitoring is carried out on board of the MPA inflatable and the strip width was of 6 metres and the transect time was of 30 minutes at a navigation speed of 4 knots. To mark visually the observation area, fishing rods and fluorescent ropes were positioned at the bow. The sampling activity is carried out by 4 operators who, in rotation, change their position on the vessel bow to have the best possible visibility of the strip. For the moment, from 2 days of sampling, not many plastics were encountered while the organic component was greater. The activities, which began in August 2018, will continue until the end of November.
The results and considerations will be discussed with the other partners to define the final protocol that, during the Transferring phase (Work Package 5), will be shared with marine protected areas, scientific organizations and research institutes so that they can adopt the tested methodology. 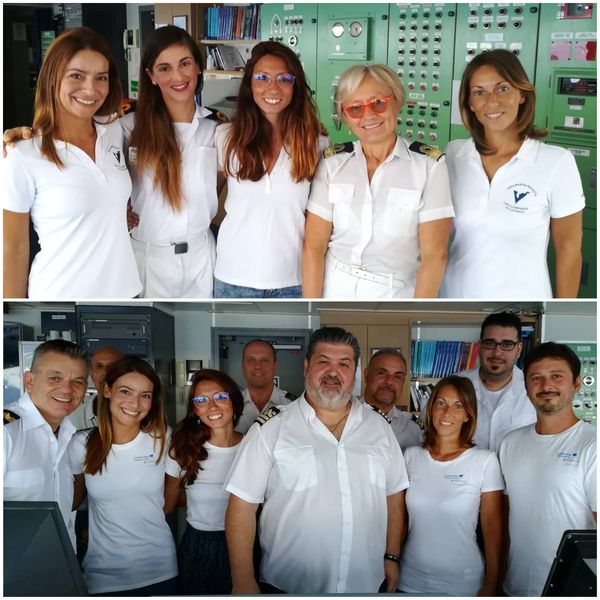 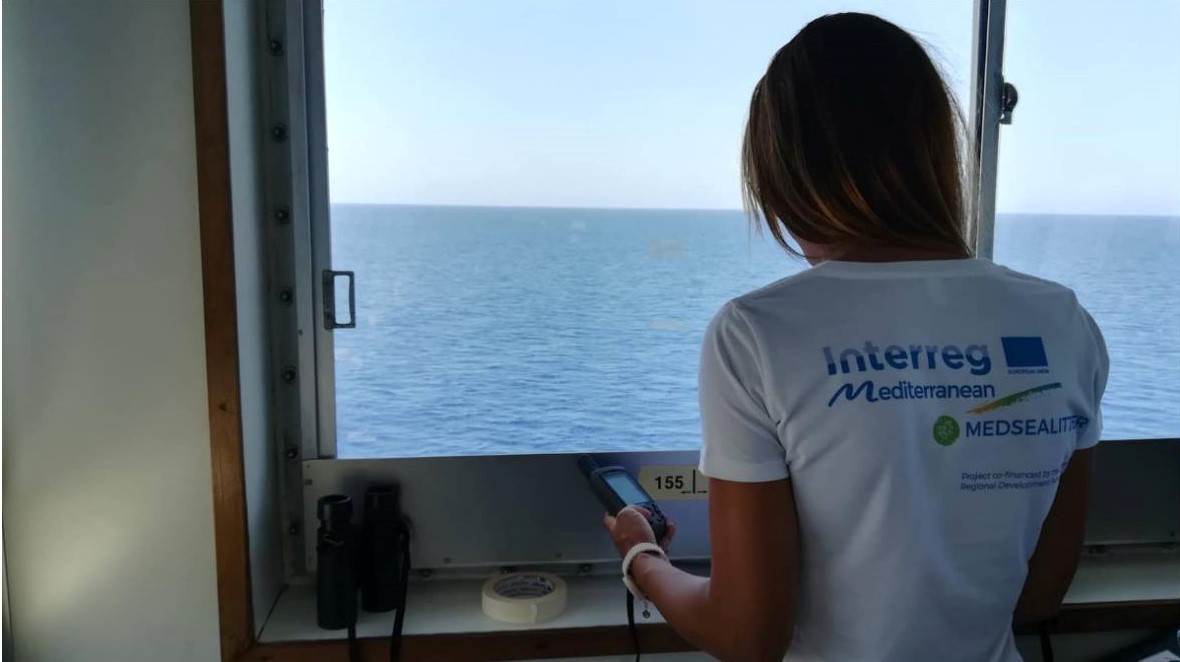 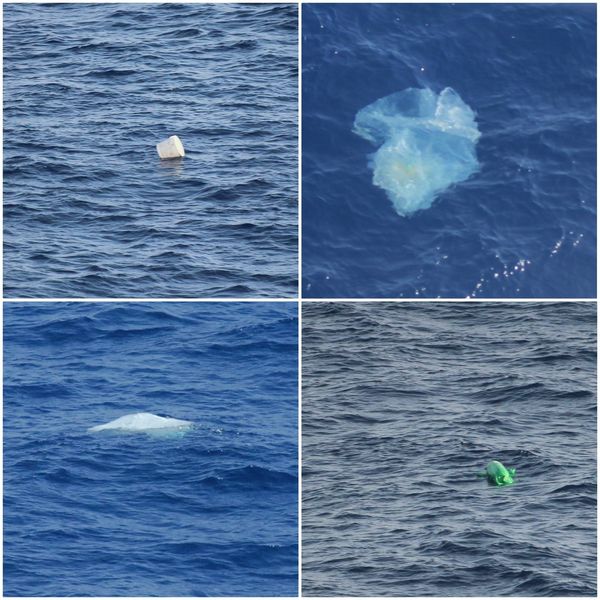