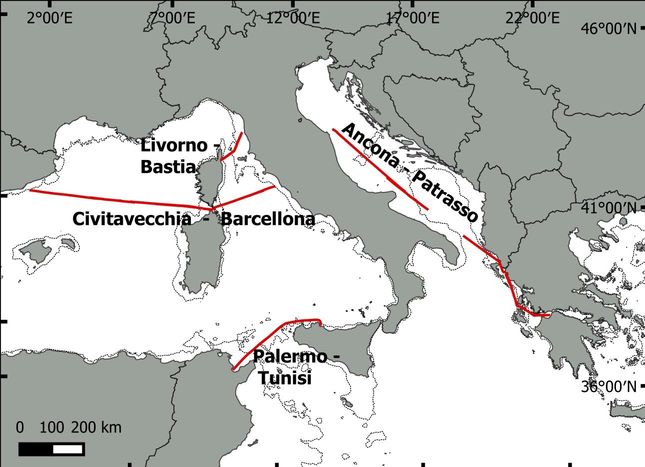 A report on SUMMER 2018 activities by ISPRA

During 2018 ISPRA performed and coordinated testing activities foresee from the WP4 of the MEDSEALITTER project to set optimal condition for monitoring floating macro litter at sea. The activities were conducted from ferries during Winter and Spring 2018 and both, form ferries and sailing boat during Summer 2018. Outcome are used for the update of the protocol at large and local scale use.
Testing protocol for monitoring floating macro litter from Ferries (in collaboration wih Accademia del Levitano)
The summer testing activities on floating macro-litter monitoring protocol were carried out by ISPRA together with the Accademia del Leviatano. The activities were carried out along 4 transborder transects connecting five countries in the Mediterranean sea. The transects were regularly run onboard of ferries used as observation platforms thanks to the shipping companies that host the researchers on board (Corsica-Sardinia Ferries, Grimaldi Lines, Minoan Lines). The marine areas monitored are showed in Fig. 1 and are:
•    Livorno – Bastia : Tirreno settentrionale
•    Civitavecchia – Barcellona: Tirreno centrale, Mar di Sardegna, Mar delle Baleari
•    Ancona – Patrasso: Mar Adriatico e Mar Ionio
•    Palermo – Tunisi: Canale di Sicilia 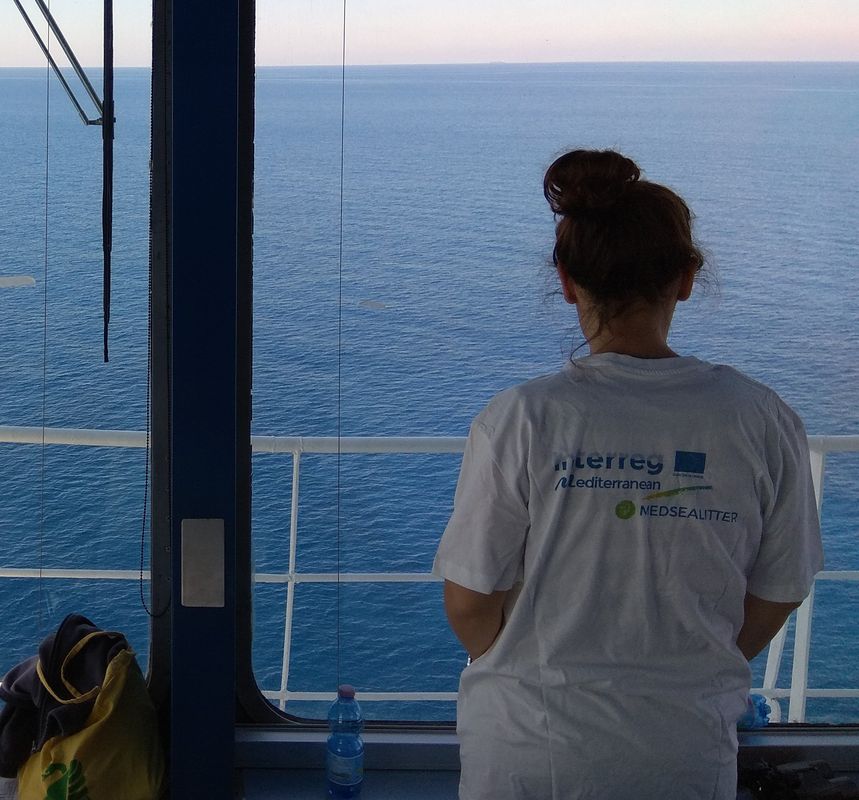 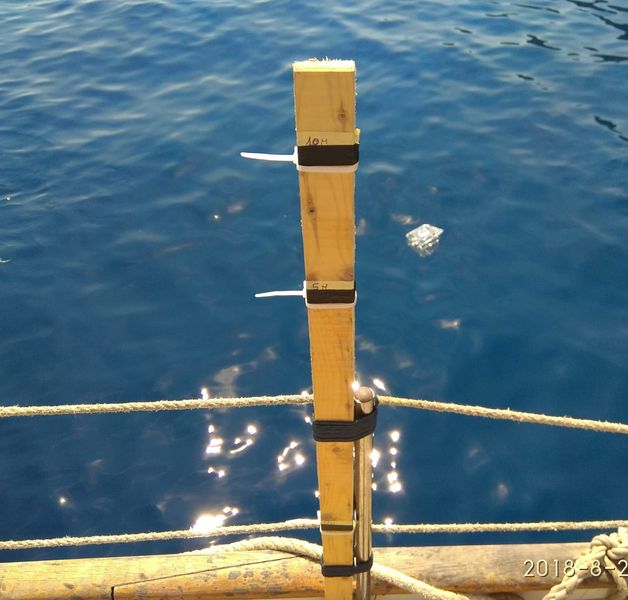 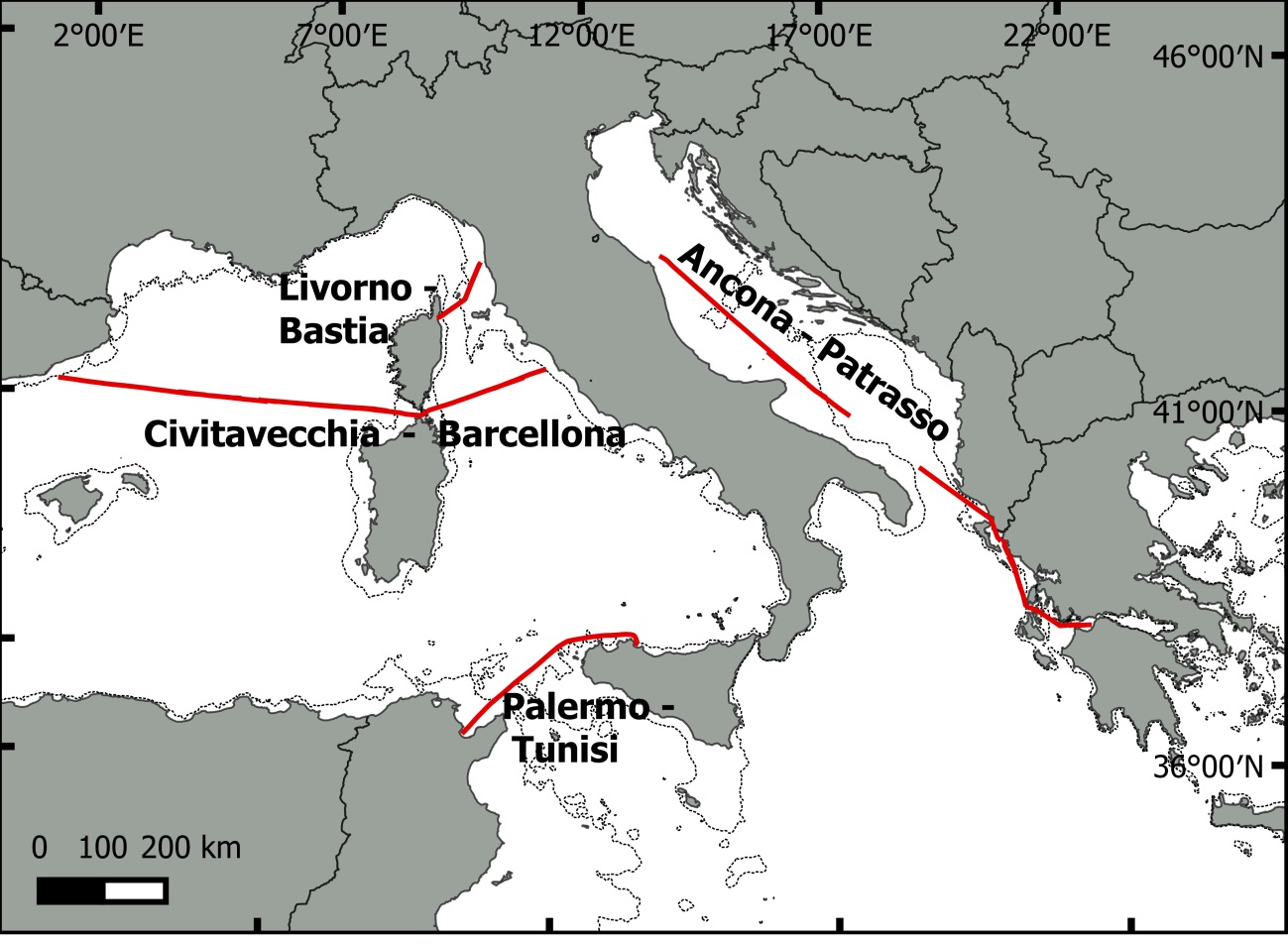 FIG. 1 Transborder transects on which the testing activities for MEDSEALITTER were performed

Overall the testing phase was undertaken along 14.758 km with 362 hours of surveys. Ten expert marine litter observers and 45 volunters (with different litter survey experience) were involved in the testing.
The main experiments undertaken during the testing phase were aimed to assess the influence of the following parameters on the monitoring of floating macro litter: 1) experience of the observer; 2) width of the observation strip; 3) size of the object; 4) tools for detecting the size of items; 5) tools for setting the width of the strip. Simoultaneous surveys on cetaceans and turtles were undertaken in order to optain useful data for the detection of risk areas/season(s) due for biota to the overlap between concentration of litter and presence of species.

Testing protocol for monitoring floating macro litter from Sailing boat
During summer the protocol for monitoring floating macrolitter from vessels was tested also on a sailing boat (60 foot wooden shooner, Mahayana) the surveys were carried out by ISPRA and the Bluedreaming Project. The boat sailed through the Tuscany archipelago (in the Parco Nazionale dell’Arcipelago Toscano) and approximately 200 km of visual survey was undertaken in 10 days along strip transects.
As in the testing from ferries several test were undertaken such as the difference in recording capacity between expert and inexperienced observers; difference in recording capacity within strips of differen width; in addition the possibility to monitor synopticaly also marine species such as “jellyfish” was assessed.